I have a project (a simple countdown timer) that ideally needs a display to show number of seconds being set then the seconds counting down. I have no problem with the program but including a 1602 display is causing problems.

The retailers only deal with "A-----o" type microcontrollers not Picaxe's.


Code:
When I run the attached program on a PICAXE 18m2 I would expect the display read "Hello World" on line 1 followed by "Hello 1234" on the second line, then clear the screen and repeat. What is actually displayed is " H<space>H" with a delay between letters<delay>, screen then clears and sequence is repeated. I can only get the first letter of each line to display. I believe I am halfway there and that it must be possible to use this display/board combination.

As the program does make the display do something I can only assume that the i2c address is correct. I have tried lots of things to cure the problem including leaving out "hic2setup" as per booklet from Rev Ed "Serial/i2c and clock (v2)" which resulted in a syntax error. I tried the command "ic2slave" which produced the error "Not supported on this chip".

I have now run out of ideas. It may be something simple that is probably obvious to users of this forum, but not at the moment obvious to me. I know not all 1602 displays conform to the Hitachi standard but do different displays use different codes to do things like move cursors and so on. It may be that this display combination with the Smart LCD Board requires a different setup. However I have no idea how you would change such settings, assuming they were the problem.

So if anyone can help me out that would be great. Many thanks Barry ( Clockwork )

Link to the module: 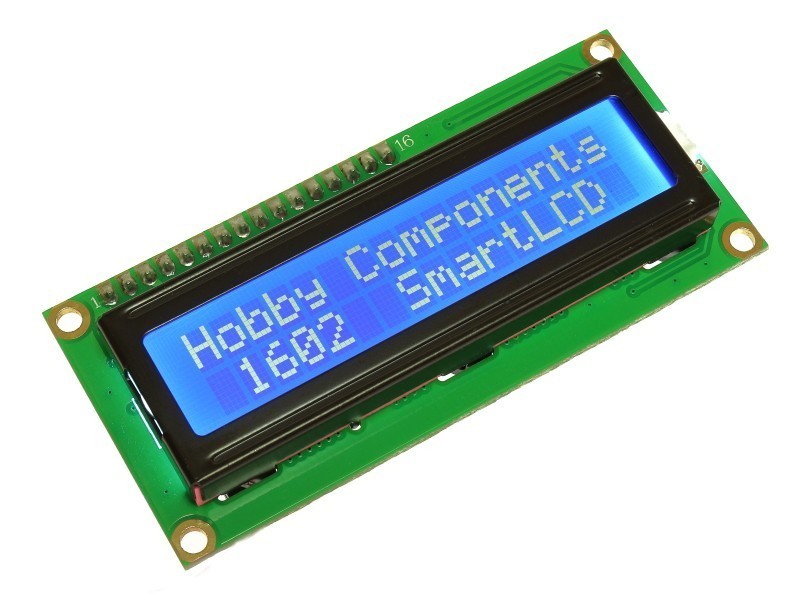 The 1602 SmartLCD module is a serially controlled 2 line by 16 character alphanumeric LCD display. Unlike most serial LCD modules on the market the 1602 SmartLCD includes a microcontroller which gives the module a rich set of features. It also requires no software or libraries to initialise the...

The I2C protocol is documented here:

http://hobbycomponents.com/downloads/HCMODU0122_1602_Smart_LCD_Manual.pdf
The protocol is rather different to the Rev-Ed AXE033 - and to the generic I2C backpacks that use port expanders - so code examples pertaining to other products won't apply to this one. It looks like Print Character command needs to be repeated for each character, so your command will look something like 0,"H",0,"e",0,"l" ...
Last edited: Mar 20, 2021

Here is the manual.

I've only had a quick look at the I2C part, normally I use serial.

The I2C address 0x27 is correct, but it looks like this is the only address, and everything goes through this single address.

Also, your code is using 'writei2c' which is deprecated, use 'hi2cout' instead.