This another 3D printed single motor toy robot. This is a pin walker. It has pins in the legs to drive it. It can walk forward or spin in place. It's based on the same mechanisms as this one:

I've built another single motor robot toy that can be controlled by a Picaxe 08M2 and an IR remote. It uses the same board as my previous design. It will move forward or spin on its axis for steering. When the motor is run in the forward direction both wheels rotate in the same direction for...

picaxeforum.co.uk
The main difference is the wheeled version had several ratchets on each gear while this only has one ratchet on each gear. Everything has to timed right in assembly for the pins to stay in proper phase with each other. I won't go into a lot of detail here because the information is on Thingiverse, Printables, and the video.
It use the same picaxe 08M2 board that I've used in the previous 2 toy bots I've posted here. It uses the same program as the wheeled version. The Picaxe just receives the Sony codes and drives the motor forward or reverse. The bot can also be driven by 2 SPDT switches instead of a microcontroller.

IR_motor_for_rev.bas is the main program for driving the bot

ir_test.bas receives the ir commands and sends them to the terminal in case your having trouble getting the ir remote set up 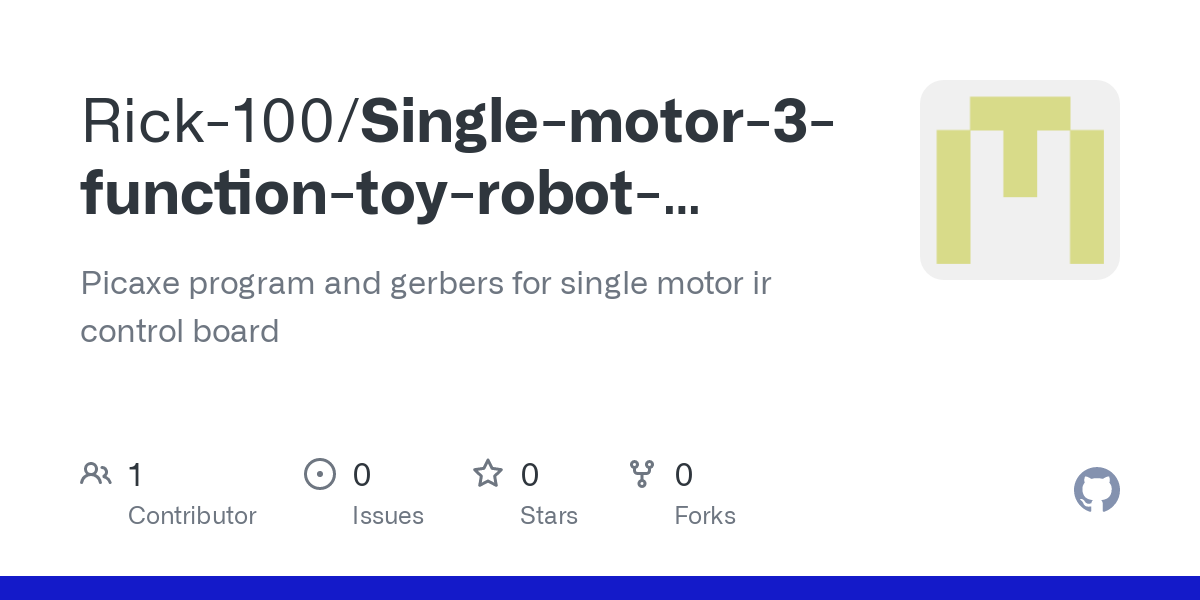 
EasyEda link for Picaxe version of board:

<p>Picaxe 08M2 version of ir controller.</p> <p>This 3d printed project is a remote controlled toy robot that is driven by a single motor. It can move forward and steer left or right. The motor is an N20 gear motor. The battery is a 200 mah Eachine drone battery I got from Banggood. The remote...
easyeda.com

MORE genius from Rick100! Just saw this. These are really cool, you have an amazing knack for making simple, fun robots. I'm a fan!
R

erco said:
MORE genius from Rick100! Just saw this. These are really cool, you have an amazing knack for making simple, fun robots. I'm a fan!
Click to expand...