I've a detailed write-up of the build of my LED glowstaff at http://happyinmotion.livejournal.com/tag/mitochondrion. It uses an overclocked 40X1 to control eight PCA9625 drivers to control forty RGB LEDs to display over a hundred animated patterns. 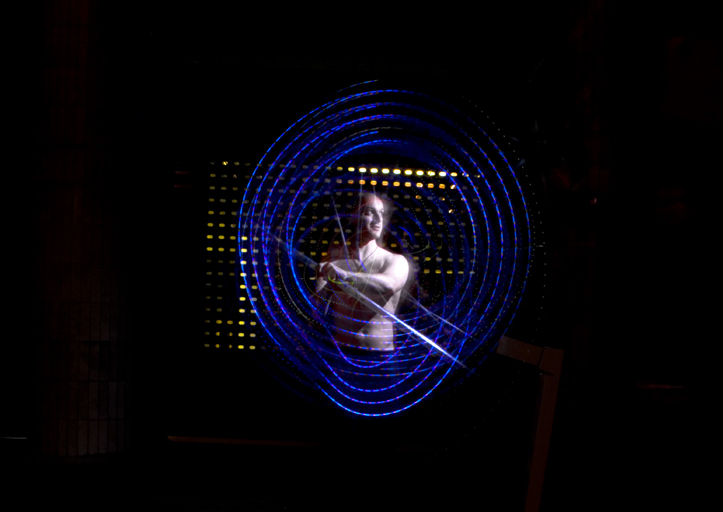 In the write-up I've tried to share some of what I've learnt about putting together a project of this complexity. It's in eight parts, covering physical structure, how to do excessive things with a Picaxe when you've been a C programmer, LEDs and drivers and power and batteries, sensors, making PCBs, debugging & reliability, and how to do it better next time. Some of my ideas worked, some didn't (despite some very useful help from people on this forum), but hopefully my experiences will be informative. I made the usual rookie errors (not paying enough attention to batteries, trying to do way too much with a Picaxe) and probably some special mistakes all of my own. Anyway, it's been a fun project and, of course, the next version will be harder, better, faster, stronger.

Well, you have been busy. Very impressive product, and quite a good write-up as well.

Is there video somewhere?
J

Yup, just a quick one so only a few patterns, but it gives you some idea of how it looks:

Persistence of Vision projects are an area which crop up on this forum form time to time.
Any chance that you might post some circuitry and PICAXE program code here on the PICAXE forum
that can be used as a reference to point others to (or that they might find in a forum search!) in the future.
J

That's a damn nice project, I think I like every aspect of it. Also, it's the first time I ever saw one use an SMD version of the 40x1.
Obviously, your thumbs are not in the middle of your palms
You must log in or register to reply here.
Share:
Facebook Twitter Reddit Pinterest Tumblr WhatsApp Email Link
Top